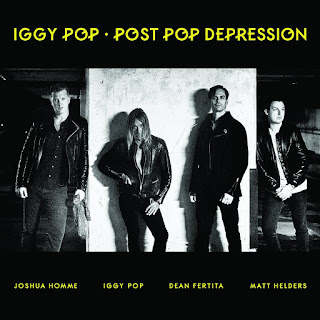 I know it's early, but I'm here to tell you that it's entirely possible that the best album of 2016 has hit the scene.  Pairing punk rock icon Iggy Pop with groovy guitarist Josh Homme proves to be a wonderful idea on Post Pop Depression, a masterful release that fires on all cylinders.  Dean Fertita and Matt Helders round out the band, and they surely hold their own on bass and drums.  In fact, while I'm not a big fan of the Arctic Monkeys, I found the groovy percussion courtesy of Helders to be a bit of a revelation here.  Homme does some killer work on guitar (no surprise there) and provides some nifty vocals as well, and Fertita is also on point throughout, but make no mistake: this riveting gem is all about Iggy Pop.  There are rumors that this may be his last release, and if that is the case, Iggy is definitely going out on top.  The last track is about as fitting a swan song as one could imagine for a frontman with Pop's presence and vigor.  There isn't a bad track in the mix, and the album deftly weaves a plethora of styles together, covering new ground when it isn't revisiting bygone eras with the sort of expertise and power that should humble most modern acts looking to make their mark in any of the same territories.  Highlights include the invigorating odyssey that is "Sunday," the Bowie-esque "Gardenia," and "In the Lobby," a spunky and morbid affair that would have meshed nicely with all the rollicking tracks that made Funhouse* such a classic.  However, it's that grand finale ("Paraguay") that really sets this one apart, and this vicious and operatic farewell may be the best punk song I've heard in a decade or so.  It's 100% Iggy Pop, and it stands as a brilliant way to close out an extremely cool album from one of music's most vibrant performers.  In truth, I have to note that as a longtime fan of this brazen artist, the previously-mentioned Funhouse is the only recording Iggy has blessed us with that I would rate higher than Post Pop Depression. 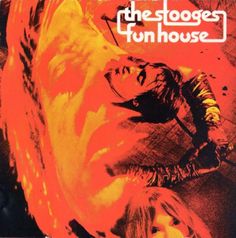 *If you dig punk rock and you have never listened to Funhouse, you're doing it all wrong.  I know that most people in the know would probably anoint Never Mind the Bollocks, Here's the Sex Pistols as the best punk album ever (and it is positively sublime), but I have a hard time putting it above Funhouse.
Posted by James Wayland at 10:20 AM No comments: