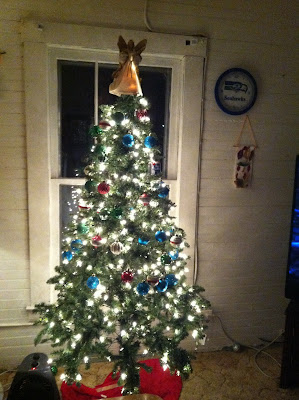 So, this is our tree.  It's not going to win any awards, but it looks nice.  There's a lack of ornaments on the bottom third of the tree because my wife and I have three children and an abundance of pets, and we both hate to fight losing battles.  Anyway, I recently made quite an addition to the tree.  I don't know if you spotted it or not, but it took Kristen approximately .0001113 seconds. 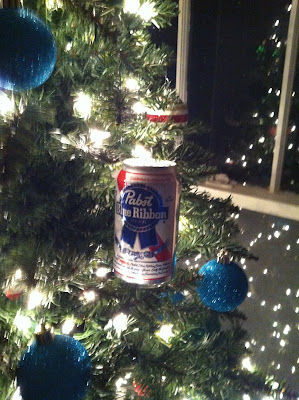 I mean, I think it looks great.  It's not just that I like beer, and not just that I'm extremely fond of PBR, but they could market these things as ornaments if they really wanted to.  It's cheerful, it's festive, and it's easy enough to hang on the tree using the tab. 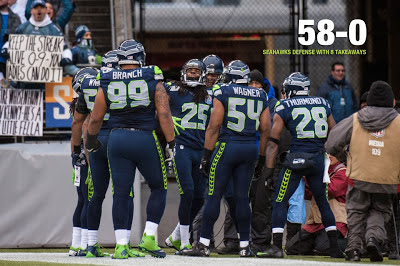 Seriously?
Wow.
It is pretty damn exciting to be a Seahawks fan these days.  I know I'll never see another game play out like the one that unfolded yesterday.  I can't imagine how Arizona's fans must feel, but we Seahawks fans have walked through our fair share of valleys.  I'm definitely going to savor this one, and I'm looking forward to watching this team play in the post-season.

Go Hawks!
Posted by James Wayland at 7:40 AM No comments: 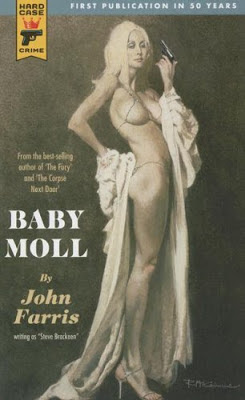 I just finished Baby Moll by John Farris, an old novel that has been reprinted as part of the Hard Case Crime imprint.  This wasn't the first offering from Hard Case that I read, and thus far I would give the line mixed reviews.  Having said that, Baby Moll was another fine novel courtesy of one of the most gifted writers of all.  Obviously I'm a huge fan of Farris, and I don't think anyone is able to get my blood pumping quite the way he does.  I could go on and on about his ability to craft a compelling yarn ripe with twists and turns that take the reader by surprise.  Farris is a true master and the fact that there isn't more awareness of his work is puzzling.

Baby Moll was a bit tame compared to most of his books, but that didn't prevent it from being incredibly suspenseful and increasingly grim.  I saw the big twist coming from a mile away, and that's unusual for Farris, but the book didn't depend on the big twist and it still managed to dish out a few surprises here and there.

Peter Mallory is the main character in Baby Moll, and our story begins six years after he made a fast break from the Florida mob.  Seems his old boss is losing his grip as a vicious killer stalks him, and the old man thinks Peter's the only one who can save him.  Peter doesn't want to return to the life, but the boss doesn't really give him much of a choice.  Later, the old man gives him an easy out, but by then things have reached a point where there's no turning back for Peter Mallory.  Throughout the novel, Peter is surrounded by bloodthirsty thugs and beautiful women, and he's constantly giving chase or being chased.  Everyone wants a piece of this guy, and he can't trust anyone.

This was typical thriller fare, a nice piece of writing that hit all the necessary beats and delivered a tense  climax on the heels of a riveting ride that seldom lingered.  It was certainly one of John's lesser novels, but it was still a worthy book and I would place it at the top of the list so far as Hard Case Crime is concerned.  I would recommend one of his masterpieces like Son of the Endless Night or Fiends for anyone new to Farris, but Baby Moll is a neat find that will work wonders for those of us who are in the know when it comes to one of this country's finest authors.
Posted by James Wayland at 11:00 AM No comments:

The Walking Dead: Season 3, Episode 8 (Made to Suffer) 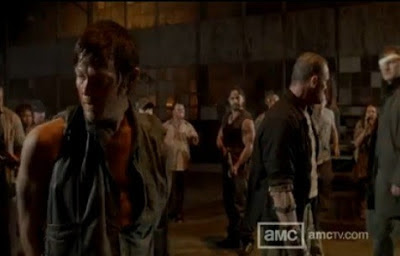 The Walking Dead delivered a captivating mid-season finale with a cliffhanger ending guaranteed to have fans eagerly awaiting the show's return.  Last week the stage was set for a thrilling conclusion to the first half of Season 3, and last night AMC delivered another gem.  We saw a major character from the comics introduced and we witnessed a fantastic fight scene that will have major ramifications on some of our primary characters.  "Made to Suffer" concluded with the reunion we were all clamoring for, but I don't think any of us were expecting it to happen like that, and now we're left to fret over the pending outcome until The Walking Dead returns.  All told, the first half of this season was a success, and should the show progress and offer up a fitting finale, Season 3 will emerge as the best season yet.

Chad Coleman (The Wire) hit the scene in the role of Tyreese.  For the most part, I've really enjoyed the way AMC uses the source material to guide the show while mixing things up enough to keep everyone guessing.  It's going to be really interesting to see his story unfold, and though I'm not sensing that this Tyreese will be the powerhouse comic fans are accustomed to, I liked the way he was presented.  He definitely had the toughness and the poise required for the role, and I'm anxious to see how he will fit in with the rest of the players we know and love.

As promised, Rick and company took Woodbury by storm, and the highlight of the season thus far was the big fight pitting fan favorites Michonne and The Governor against one another.  This was yet another example of the show favoring the basic framework of Robert Kirkman's comic without rigidly adhering to the material.  While I have been at odds with the some of the choices they've made in this regard as of late, I really enjoyed the direction they took with this battle.  The show has delivered at least one sound fight to date (Rick vs. Shane with a zombie horde in the mix for good measure) and I had high hopes for this scene.  AMC nailed it with a vicious brawl that may indeed be the highlight of the series to date and not just the current season.

We closed out with the Dixon brothers meeting up again in one hell of a jam, an event that will definitely generate a lot of water-cooler chatter today.  It was a great decision and I know people are going to be dying for the show to come back so they can see how this plays out.  I'm there with them, but I have a hard time believing that both of the brothers are getting out alive and I'm reluctant to bid either of them farewell.  I would say "Surely they won't kill both of them" but this is The Walking Dead we're talking about, and anything is fair game.

I think The Governor may finally be on the cusp of morphing into the wretched vessel of hate he should be.  Yes, this could signal the beginning of a major uptick for David Morrissey's deceptively charming villain.  Whether or not the show succeeds in establishing The Governor as the ultimate menace that he became in the comics will play a critical role in determining just how high the ceiling is for Season 3. 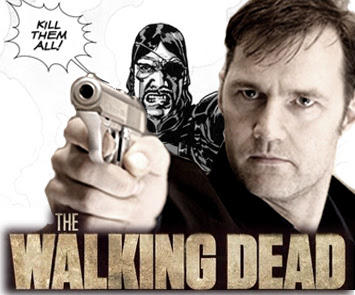 This was another rock-solid episode where the tension ran high and the thrills were frequent and rewarding.  There's no doubt that The Walking Dead is the best show on television in 2012, and if the second act of Season 3 can provide a worthy conclusion then I think I'll be saying the same thing in 2013.  I think AMC is game, and I'm certainly looking forward to it.

Posted by James Wayland at 9:12 AM No comments:

The Walking Dead: Something to Fear 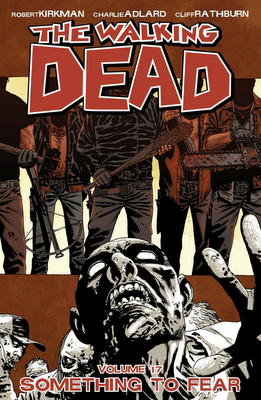 I'm eagerly awaiting tonight's episode of The Walking Dead, but last night I finally got to sit down with the latest graphic novel and catch up with Rick and the gang.  I was already dreading "Something to Fear" as one of the big deaths (yes, there are more than one) had already been spoiled for me (thanks again, Scott!), but I wasn't expecting to see more than one of my favorites perish and this was a tough read from start to finish.

I've frequently described Kirkman's The Walking Dead as a title that I would put up there with Stephen King's The Stand so far as scope and depth are concerned.  This is a challenging story that has riveted countless readers with its dedication to delivering an unrelenting product, and the latest installment is another indication that Kirkman will not pull any punches in his quest to unnerve and disturb.

Like usual, I tore through this volume as soon as I had an opportunity to sit down with it, and I wasn't disappointed.  The tension was unbelievable, and while one of the big deaths that shook up me up was sudden and completely unexpected, one of them was a grisly affair that seemed to go on forever.  This isn't a title for the faint of heart, and "Something to Fear" was one of the most gruesome offerings we have been served up thus far.

In fact, it quickly went from grim and difficult to thoroughly depressing, though the last page revealed an unexpected direction that will make the wait for the next collection nearly impossible to endure.  Everything was top-notch about this installment, though I was most impressed by Negan, the bloodthirsty thug who was unveiled with such grandeur that he instantly joins The Governor as one of The Walking Dead's most memorable villains.  In fact, thus far I think he represents a more terrifying and powerful adversary, and if Kirkman can deliver a finale deserving of his potent introduction, well then, we may just have a villain who is actually capable of dispatching The Governor as the title's most despicable menace.

Can you imagine that?  What would it say about Kirkman and his talent if he can equal or top The Governor?  Does one story deserve two villains of such stature?

I love the show, and I'm eager for tonight's mid-season finale, but the source material is superior, and "Something to Fear" was a great example of just how good this book is.  This was not the most exciting or entertaining entry to date, and it was actually rather dreary at times, but at the same time the strength of this arc was impressive to behold.  It was challenging, it was saddening, it was sadistic, and it was extremely violent.  As the story progresses and Rick's journey becomes more and more difficult, I feel that we are at the onset of a descent into a new realm of horror, or at least that's my take after enjoying another dastardly sampling of The Walking Dead.
Posted by James Wayland at 11:44 AM No comments: 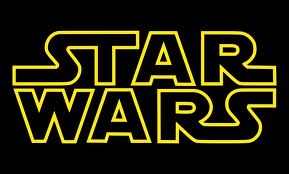 There has been a lot of talk about the Star Wars property since Lucas sold it to Disney, and on a few occasions David Fincher has been mentioned as a potential director.  Now there's some talk that he would be open to that.

David Fincher?
Yeah, the guy who did Fight Club and Se7en, Zodiac and The Social Network.  Now, he's a very talented director, and he has some interesting ties to the material.  He apparently cut his teeth working with Lucas back in the Return of the Jedi and Temple of Doom days, so there's some history there, but it still seems like an odd choice to me.  I would be very intrigued to see how he would approach such a project, but I just can't see it being a cozy fit.
It will be very interesting to see how this plays out.
Posted by James Wayland at 9:15 AM No comments: