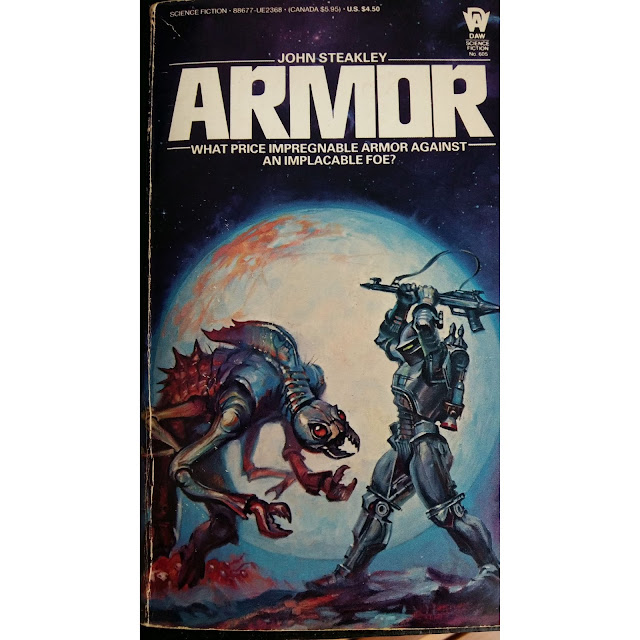 Powerful Pages - Armor by John Steakley (from 1984)
Armor is a tough book to review. Clunky and uneven to the point that it feels downright amateurish at times, it also boasts sequences that are nothing short of superlative. Even when it misfires, the book is involving, and the author manages to hook us on his colorful characters even when they veer toward caricatures and the non-stop action threatens to bludgeon us into tedium. It isn't easy to maintain the pace that Steakley sets, and it's hard to work on such a scale without shattering the ability to sustain belief. I don't think that Steakley ever drops the ball, but he comes damn close enough that I'm inclined to think that many may disagree with me on that front. In fact, some may determine that he drops the ball repeatedly. Armor hammers us with gruesome battles in an endless war and a steady tide of machismo with the volume turned all the way up. And yet there is a lot of insight into the psychology of war and the devious political mechanics of combat masquerading as industry. There is an attachment to the protagonists that doesn't waver but steadily mounts. There is a conclusion that ties a nice bow on the proceedings while posing new questions. At the end of the day, Armror is all about Felix, a man for whom death is a way of life, and Jack Crow, a rogue who is either the most dangerous man in the galaxy or an utter buffoon. If you enjoy their antics as much as I did, you will find a lot to enjoy with this overblown sci-fi yarn. At the same time, anyone yearning for literary prowess is apt to toss this one into the nearest trashcan. I'm going to recommend it with some trepidation--and a robust guarantee that none of my readers will find it boring.
Final Grade: C+
Posted by James Wayland at 6:42 PM No comments: 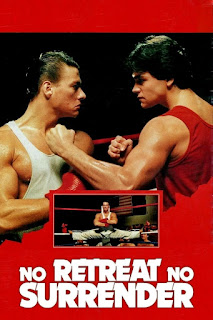 Even the best martial arts movies are a bit goofy, that's the nature of the beast.  If you're going to depict people settling their disputes with a series of colorful showdowns where kung-fu chops and flying kicks decide the battle, you're clearly veering merrily toward the absurd.  Still, most examples of this genre I cherish so much try to operate with something that resembles a poker face.  No Retreat, No Surrender has no shame, good people, no shame whatsoever.  These filmmakers just pile it on.  It's kinda like The Karate Kid, except the villain is basically Ivan Drago as played by Jean-Claude Van Damme.  And instead of Mr. Miyagi, our hero takes lessons from the ghost of Bruce Lee.  No bullshit.  And no 80s cliches were spared, and no fucks were given.  As a result, No Retreat, No Surrender is a cringe-worthy diet of glossy ineptitude complete with a goofy soundtrack boasting hair metal power ballads that often serve as narration.  No, really, and it's horrible, my friends, just horrible.  There are editing mishaps, cliches, line deliveries that are embarrassing to behold, more cliches, and a few more cliches thrown in for good measure as ludicrous plot developments steer us toward a conclusion that is silly as hell.  No, sillier than that.  And, yes, it's also fun, partly because it's one of those good bad movies and it is brimming with unintentional humor, but also because you can't help but get caught up in this shit.  You will cheer at times, and you will feel like an absolute dumbass when you do.  Trust me.  No Retreat, No Surrender approaches cult status by virtue of calamity and aplomb.  Well, that and the undeniable fact that buried within the various mishaps and missteps, there are a couple of worthwhile performances, a few potent bits, and some quality choreography.  Bottom line: it's an entertaining clusterfuck.  You will enjoy it, but some of your brain cells will surely die while you're watching it.

Posted by James Wayland at 6:22 PM No comments: 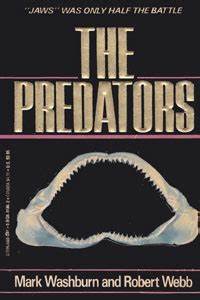 Final Grade: I will not honor this shit with a grade.
Posted by James Wayland at 5:15 PM No comments:

Short Attention Span Review - The Sword and the Sorcerer (1982) 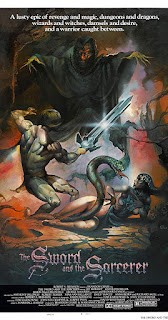 Short Attention Span Review - The Sword and the Sorcerer (1982)

Maybe this isn't exactly high praise, but The Sword and the Sorceror is one of the best Conan clones released in the early 80s.  Yes, most of those pictures are atrocious, but the point stands.  Lurid and pulpy, this Albert Pyun venture doesn't take itself seriously despite the presence of traditional genre themes like vengeance, conquest, and destiny.  It is easy to imagine Pyun calling "cut" after takes and imploring his cast to add more cheese to their deliveries.  No one plays it straight, and Richard Lynch and Lee Horsley engage in a supreme duel to see who can ham it up the most in the two most important roles.  Namely, the hero and the villain, and I'm pretty sure you can guess which one is which.  We've got melodramatic music cues, shameless T&A, and bursts of extreme gore.  And you can't bring this movie up without referencing the sword with three blades, which may rank as the greatest of the absurdities in play.  Oh, and this sword with three blades can fire those blades as projectiles--and the effects work that allows this to transpire is just as meh as what you're picturing in your head.  That's an exception to the rule, however, as most of the effects in the picture are rather convincing.  That's more than I can say for the fight choreography, which is rugged and inspired, but not all that deft.  You know the drill: lots of aggressive strikes that are all too easy to block coupled with frenzied snarls.  Work it , boys.  Yeah, it is that kind of show.  But you know what?  It's far from dull, and in fact, it's pretty damn fun from start to finish.  There are even moments where it is rather incredible.  Also, I mentioned the gore earlier--as a horror junkie, I'm going to double down here.  The gore is a nice touch.  Livens things up nicely.  So, if you're going to dial up something of this ilk that isn't Conan the Barbarian or The Beastmaster, The Sword and the Sorceror is your only hope.  Pop open a frosty, and you may just enjoy the hell out of this bloody romp that thrives on cliches and machismo.

Posted by James Wayland at 6:31 PM No comments:

Here's a transcript of pretty much anyone watching Tentacles for the first time:

Man, I'm too hard on Bo, who played the hell out of Bo Hopkins in a lot of good movies.  And a lot of bad movies too.  This is one of his less inspired takes on Bo Hopkins.  Pretty sure he decided to ease up on the throttle when he saw the line where he declares that the threat at the heart of this lame duck of a creature feature is indeed a giant octopus.  He delivers this line with all the gusto of a man who has misplaced all of his gusto.  I don't think he even bothered to play Bo Hopkins in that scene.  Pretty sure he was picturing Bo Hopkins cashing a check.  Honestly, it kind of sucks for the guy.  I bet working with Fonda was a big deal for most actors.  And I feel like Bo might have avoided the subject.

Posted by James Wayland at 6:10 PM No comments: 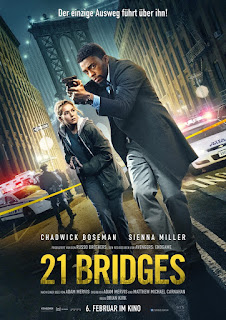 21 Bridges is a slick thriller that spends a few minutes introducing us to our main character and then plunges us into a violent manhunt that will run the course of the film.  Many have complained that it tips its hat too soon in some regards, but I think they may have missed the point.  21 Bridges is no mystery, even if it does have a few tricks up its sleeve.  No, this is a deft exercise in action cinema with a solid character study unfolding just beneath the surface.  In many ways, it reminded of a classic western--those pictures were seldom unpredictable, but they brought us joy by introducing us to tough heroes forced to grapple with tough choices when they weren't dodging bullets or gunning villains down.  Often, the most despicable villains did their best to steer clear of these showdowns, manipulating desperate men from the shadows.  21 Bridges offers Chadwick Bosman (who most of us know as Marvel's Black Panther) the chance to take the helm for such an affair, and he proves that he is a genuine star.  He is just as convincing when the script requires him to use his wits or search his soul as he is when the time comes to let the lead fly or engage in a top-shelf foot chase.  Bosman simply excels as Andre Davis, a good man trying very hard to do the right thing on one very difficult night.  Bosman is not the only superlative performer taking the stage in this crisp thrill ride--he is quite literally surrounded by gifted thespians like Sienna Miller and J.K. Simmons, and all of his co-stars strive to match his intensity.  Taylor Kitsch looms large as one extremely dangerous fugitive, but I am comfortable stating that there isn't anything that even remotely resembles a bad showing from anyone involved.  The production values are exceptional, and as such, 21 Bridges looks and sounds phenomenal.  I won't label it a modern masterpiece, but it is most assuredly a Grade A thriller buoyed by a stellar cast.

Posted by James Wayland at 5:45 PM No comments: 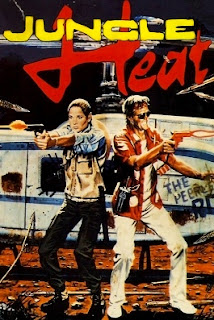 This is one of the first movies that I ever saw, and it may be the first horror movie that I watched.  That honor belongs to either this cheap horror/thriller hybrid or The Boogens.  Recently, I snagged a copy of Jungle Heat on VHS and revisited it.  Despite some pronounced shortcomings that it can't quite overcome (namely, the budget--or lack thereof), Jungle Heat does enough well to deserve a little more love from the horror community.  For starters, I found Peter Fonda to be on point, and the fact that his flawed hero is both a struggling alcoholic and a real dick made the character more intriguing.  As a general rule, you don't want your leading man to be an asshole, but hey, if you go that route, at least you're doing something different.  Deborah Raffin is way too good for the picture, and does a fine job of stumbling into jeopardy and putting up with Fonda's shit.  Which is somewhat understandable, since his role requires him to rescue her whenever he isn't getting drunk or being a dickhead.  The mood is a definite win; Jungle Heat has a wonky vibe that slowly descends into serious dread during a bleak closing reel that feels more 70s than 80s.  The sound design also warrants praise--when we finally get to the creature element of this low rent creature feature, the little boogers may look lame as fuck, but they sound terrifying.  Those roars are seriously gnarly, and an otherwise mundane score ramps up as everything goes bad in that grim finale.  Of course, the script is uneven, the direction is lackluster, and the budget is a genuine embarrassment, so Jungle Heat often runs cold.  Still,  while it's frequently regarded as abysmal by those who remember it at all, I rate it passable at worst and pretty damn dope in brief splashes of creepy mayhem.

Posted by James Wayland at 4:02 PM No comments: