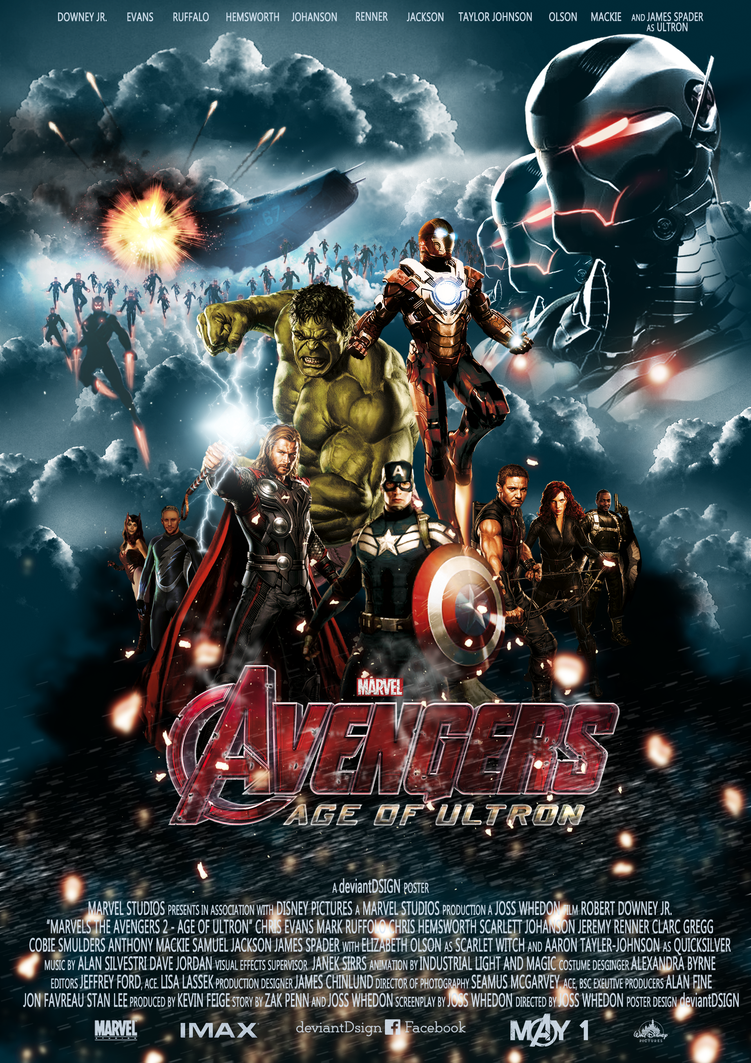 Marvel continues to kick DC's ass on the big screen with Avengers: Age of Ultron, a massive spectacle that is thoroughly entertaining from start to finish.  I'm more of a Marvel guy than a DC guy, but I'm also a comic book fanboy at large, so I'm excited when any superhero makes an appearance in theaters.  I liked Man of Steel and Nolan's Batman trilogy was damn impressive.  Yet Marvel annihilated DC's best film adaptations with the first Avengers movie, and they have somehow managed to produce a sequel that is even bigger and better.  First off, I love Loki and Tom Hiddleston has been one of the Marvel cinematic universe's coolest discoveries.  Yet Loki is a trickster and he has never been the supreme badass that Ultron is.  In truth, it is quite possible that Ultron has been the most daunting villain that the Avengers have ever faced in the comics, and they've squared off against Galactus, Thanos, Dr. Doom, and any other Marvel villain worthy of a showdown with the Earth's mightiest heroes.  Accordingly, though the movie version of Ultron is a CGI creation, he towers over most villains of the cinema, largely due to James Spader's fantastic voice work.  I remember thinking that nabbing Spader for such a gig was a good thing when I first heard about it, but it's better than that, it's a great thing.  It's a perfect thing.  Spader kills it and the story allows Ultron to be as menacing and as intriguing as he should be.  Of course, everyone fares well in this picture and that's a tremendous credit to Joss Whedon's screenplay and his fantastic work at the helm.  It must be supremely difficult to take so many significant characters and try and come up with an arc for each of them and ensure that everyone gets to shine when it's time for the good guys and the bad guys to throw down.  That's exactly what Whedon has managed to do, however, as I found myself thoroughly invested in everyone's story and utterly thrilled at all the marvelous action taking place.  This truly is an Avengers movie; it's a team effort where every hero and villain is integral to the epic story which unfolds in remarkable fashion.  Maybe Iron Man plays a bigger role than anyone else, or maybe it's actually Hawkeye who benefits the most from the fantastic script.  Of course, it could be the Black Widow, or the Hulk, or Cap, or--you get the point, right?  Oh, and then there's Iron Man donning his Hulkbuster armor to go mano a mano with the big green guy.  Wow.  And the big finale?  Double wow.  Avengers: Age of Ultron is just a marvelous movie with a magnificent cast, a great director, sensational effects, and a wonderful villain squaring off against the greatest band of comic book heroes we'll ever see together on the big screen.  Go see this one as soon as you possibly can.

Posted by James Wayland at 3:32 PM