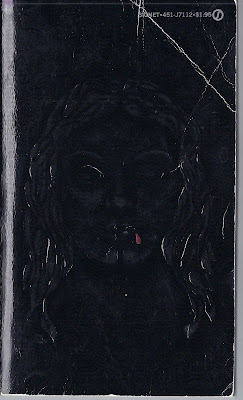 'Salem’s Lot was Stephen King’s second published novel, and even the master himself has gone on record as stating that it is his favorite.  Ben Mears is a fabulous hero, maybe the finest protagonist aside from Roland that King’s fertile mind has given birth to, and the town of Jerusalem’s Lot is so well-defined and utterly fascinating that it becomes a character in and of itself.  As this masterpiece unfolds, we come to know and love both the characters and the setting for this dark epic.  By the time the tale draws to a close, nearly all of the players and the town itself have suffered a grisly fate.  This is just my kind of book: King takes his time with the story, building a strong foundation before unleashing hell in a frantic third act that takes no prisoners.  No one is safe in ‘Salem’s Lot, and the action is both brutal and realistic, giving the supernatural yarn an air of authenticity.  The basic premise is rooted in the absurd, yet this feels like a poignant character study of the highest order.  If I’m gushing, that’s probably because I truly love this book.  I read it every year, typically in the fall, and it only seems to grow larger and more wonderful each time I return to 'Salem's Lot.  It's the type of book that I would recommend to those who don’t really care for stories about things that go bump in the night as well as those who cherish the horror genre as much as I do.  I have often said that King’s work is typically equal parts blood-curdling terror and thoughtful meditation on American culture.  This 1975 smash hit is no exception, and I believe it stands as the maestro’s finest hour.
Posted by James Wayland at 12:42 PM