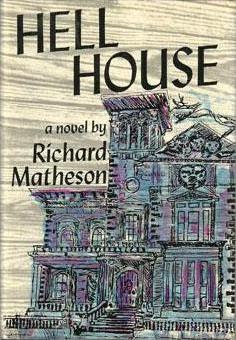 Obviously, my pick for the haunted house novel to end all haunted house novels (sorry, Shirley Jackson) was bound to make my list.  Richard Matheson was an imaginative author with a knack for for grounding his supernatural yarns to such an extent that his work seemed far more plausible than typical horror fare.  His strong characterizations, his clear voice, and his creativity also made his books incredibly worthwhile, and Hell House was surely one of his best efforts.  It has a rather straightforward premise: a physicist, his wife, and a pair of mediums are hired by a dying millionaire who yearns to know if there is life after death.  To find the answer, he sends them into an infamous haunted house where untold perversions and atrocities have unfolded over the years.  Indeed, one of the mediums is the only survivor of a failed expedition into the same house some thirty years prior.  The house has a sinister ability to subtly influence those who enter, essentially allowing them to destroy themselves--with a little push here or there for good measure.  Both a riveting tale of terror and and an intriguing mystery concerning the origins of the evil lurking within the imposing Belasco House, Matheson's novel is a thrilling read.  Hell House is a sound exercise in generating tension and wringing unimaginable fear out of a dim and foreboding setting that is both a locale and a character in and of itself.  Readers will be hooked from the very start, and the conclusion is utterly fantastic.  In my humble opinion, Hell House is a towering achievement in the realm of literary horror.
Posted by James Wayland at 11:18 AM