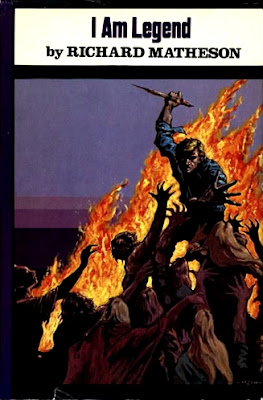 A case study in isolation and loneliness and a genre epic all rolled into one, this book packs a mean punch.  Matheson has an incredible body of work, but this 1954 epic is his best offering.  The tale concerns the last living man's woeful struggle to survive in a world that has been overrun by vampires.  Haunting and insightful, Robert Neville’s gripping saga culminates with one of the most compelling endings in the history of storytelling. That’s high praise indeed, and it may explain why Hollywood has put this tale on film several times now without embracing the bravery and the finesse that bringing the conclusion to life would require.  The clarity and the pace that define this work serve to provide readers with a stirring adventure that unfolds quickly.  Matheson has always believed in shipping the freight, and I Am Legend is a fine example of his ability to paint a vivid picture without any unnecessary brushstrokes. Much like the other books I’ve featured on this list, I would highly recommend this title to any reader, regardless of their feelings on the horror genre. I Am Legend is a legendary book (forgive me) and that climax will stick with you forever.
Posted by James Wayland at 9:16 PM